Statehouse Preview: Block The Ballot Is Back

It’s Official: The Legislature In Back In Session

This week we’ll see the House and Senate take care of business for the first time since they convened in early January.  On the agenda in the Senate, which meets at 1:30 pm on Wednesday: ✔️ appoint a member to replace Sen. Gardner, who resigned to serve as Higher Ed Chancellor ✔️ vote to replace Sen. Gardner in majority leadership ✔️ adopt rules for the operation of the chamber ✔️ introduce GOP priority bills (President Obhof has indicated this could include proposals to eliminate regulations, review & sunset state agencies, reform Ohio’s criminal sentencing laws and protect Lake Erie) The agenda for the House, which also meets on Wednesday at 1:30 pm, looks similar: ✔️ adopt rules for the operation of the chamber (more below) ✔️ vote on House Republican (except Speaker) and Democratic leadership teams ✔️ appoint a replacement for Rep. Hill, who was appointed to the Senate 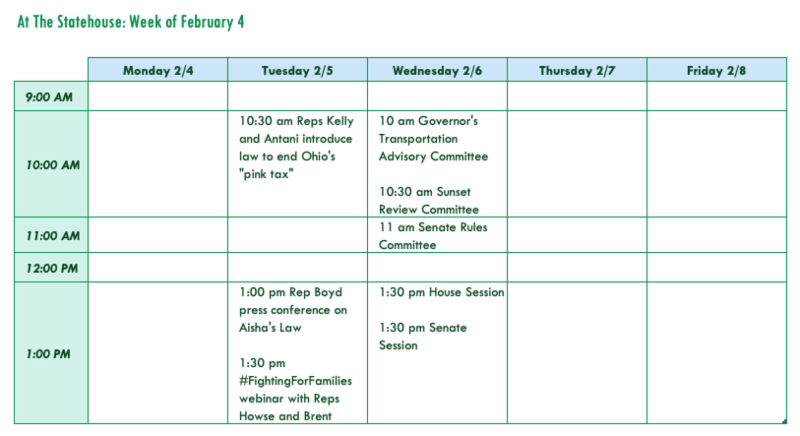 Up Next: Committee Assignments

Once caucus leadership is in place, we will quickly see members and leaders named to the various House and Senate standing committees. And similar to salary enhancements for being a member of caucus leadership, being named to lead a committee comes with a $2,500 to $10,000 annual pay supplement. From LSC’s Guidebook for Ohio Legislators, here is what being appointed to committee leadership can add to a lawmaker’s base salary of $60,584: 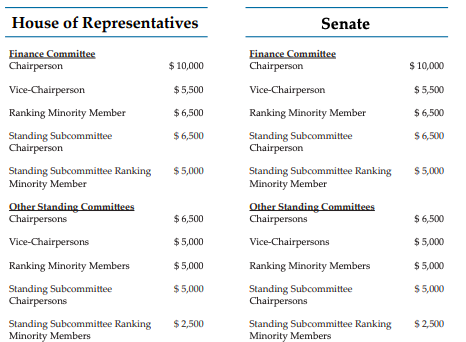 While no bills have been introduced yet, we’re starting to hear about some that are in the works. Incoming House Speaker Larry Householder sat for a wide-ranging conversation with Statehouse reporters on Friday in which he touched on likely legislative proposals including Stand Your Ground, the 6-week (“heartbeat”) abortion ban, taxpayer bailouts of First Energy’s nuclear plants, restoring state cuts to local communities, more equitable school funding and prohibiting for-profit charter school operators. We’re also hearing this week about three other House bills dropping soon:

Block the Ballot is Back

House Rep. Kyle Koehler has sent out a cosponsor request to House colleagues advising them that he will be introducing a bill to change the requirements for putting a constitutional amendment on the Ohio ballot. Koehler indicates his proposal would not change the number of signatures required to access the ballot. Instead, his bill would require signatures from more parts of the state (in 60 of Ohio’s 99 House districts vs today’s requirement to signatures in 44 of 88 counties), and from 10% of the electorate in each district, rather than the 5% now needed in each county. Koehler’s messaging makes that the strategy is no longer focused on getting monied interests out of politics (because deep-pocketed backers could still hire signature gatherers to work across the state), but instead on having a more “representative” (read: rural) sample of voters weigh in before an issue can go to the ballot. The proposal will absolutely make it much harder for grassroots campaigns to succeed.

Democratic Rep. Brigid Kelly is reintroducing her proposal to end Ohio’s application of the sales tax to feminine hygiene products like tampons and pads, but this time it’s bipartisan. Republican Representative Niraj Antani will join Kelly for a press conference tomorrow to announce their proposal to end Ohio’s so-called “pink tax.”

Also tomorrow, Representative Janine Boyd will hold a press conference to talk about legislation she is sponsoring to help identify high-risk situations of domestic violence before they lead to more violence. Her proposal is to be named “Aisha’s Law” after Shaker Heights teacher Aisha Fraser, who was murdered by her ex-husband in November. Fraser’s killer, Lance Mason, was formerly convicted of domestic assault against Fraser in 2014. Read more on the proposal from wkyc.com

The bipartisan panel charged with recommending changes to House rules reported back last week with a set of proposals that will give minority Democrats more representation on committees and more power to offer amendments and bring proposals to the House floor. Missing among the changes is a hard commitment to broadcast committee hearings online. Speaker Householder has verbally committed to do so “by the end of the year,” so that is an area where statehouse advocates will need to remain vigilant. 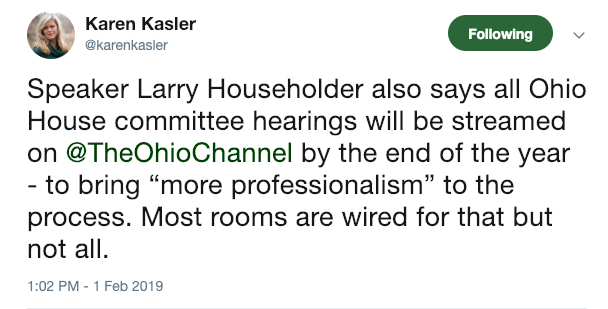 If you get our daily clips, you already know that every weekday we send out links to the top policy and politics stories from around Ohio. What you may not know is we can see how many people click on each of the links. Here’s the story most of you wanted to read last week: 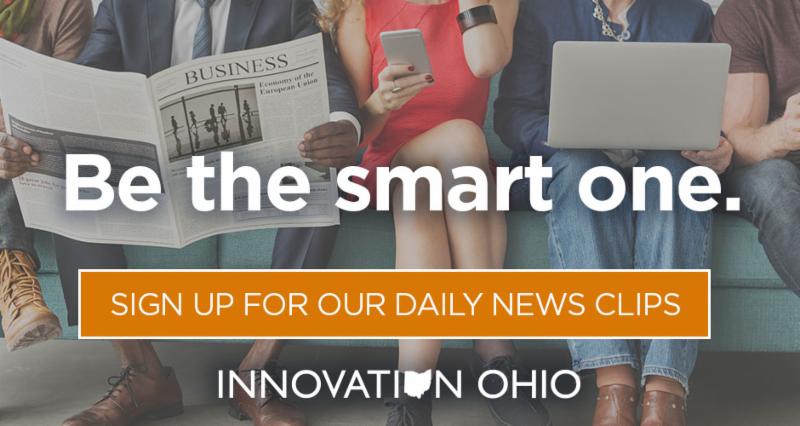 If you don’t get them already, sign up for our daily clips. As always, we will be sharing updates on Twitter using the #OHLeg hashtag for legislation and #OHGov for executive actions. Follow us to stay up-to-date on what’s happening at the Statehouse.