With the election behind us, the lame duck legislature is here. The six-week session that starts today is already shaping up to be eventful and potentially consequential.

Today we’ll focus on the significant bills that are likely to move this week. You can revisit our last update for a run-down of other bills that are positioned to move quickly over the next six weeks.

The stakes are not as high as they would have been were a Democrat be set to take the Governor’s chair in January. However, Republicans may want to help the new Governor avoid expending political capital on controversial measures, potentially setting the stage for passage of more extreme proposals like Stand Your Ground and the Heartbeat abortion ban now rather than waiting until January.

Any bill not on the governor’s desk before the two-year session comes to a close will need to be reintroduced and start the legislative process all over again in January.

Here’s what we’re watching on the Statehouse agenda this week:

House Bill 53 (Becker) – Public Sector Union Dues: So-called ‘Right-to- Work’ legislation that would allow public employees to work in unionized workplaces without actually joining the union or paying regular union dues, making it more difficult for workers to form unions and collectively bargain for better wages, benefits, and working conditions. The bill will be heard by the House Finance Committee for sponsor testimony.
House Bill 119 (Henne, McColley) – Nutrition Assistance and Medicaid: Imposes new eligibility requirements on recipients of food assistance and Medicaid. The bill will receive a fourth hearing for all testimony in Senate Health, Human Services & Medicaid.
House Bill 240 (Patmon) – Respect Your Date Act: Designates the month of April as “Respect Your Date Month” and requires each state institution of higher education to adopt a policy regarding dating violence, domestic violence, sexual assault, stalking, and rape on campus. The bill is up for a sponsor hearing in Senate Education.
House Bill 619 (Antani) – Pregnancy Misinformation and Coercion Act: Mandates the State Board of Education and Department of Health to develop curriculum for public high schools about fetal development for the “purpose of achieving an abortion-free society.” The House Education & Career Readiness Committee will hold a first hearing on the bill for sponsor testimony.
House Bill 758 (Antani) – Campus Speech: would subject public college and university trustees to legal penalties for denying the use of facilities to groups or individuals except in a narrow set of exceptional situations. The House Higher Education and Workforce Development committee will hold a first hearing for sponsor testimony.
Senate Bill 207 (Kunze) – Strangulation: Expands the offense of felonious assault to include the acts of strangulation or suffocation. The Senate Judiciary Committee will hold a fourth hearing on the bill for all testimony and a possible vote.
Senate Bill 251 (Schiavoni) – Private Images: Prohibits the nonconsensual dissemination of private sexual images, also known as ‘revenge porn.’ The bill will also create certain legal rights and employment protections for victims of such an offense. The Senate Judiciary Committee will hold a first hearing on the bill for sponsor testimony.

House Bill 33 (Patmon) – Firearm Storage: Would prohibit leaving an unsecured and operable firearm in a residence where a minor child could gain access. The bill is up for a first hearing in House Government Accountability & Oversight for sponsor testimony.
House Bill 228 (Johnson, LaTourette) – Stand Your Ground: This measure would allow armed individuals to use deadly force instead of walking away when it is safe to do so. The bill also shifts the burden to prosecutors to prove beyond a reasonable doubt that a shooter did not act in self defense. The bill would also effectively allow for the carrying of concealed weapons without a permit by making it a minor misdemeanor. It additionally prohibits Ohio communities from enacting gun legislation, further eroding local control over gun violence prevention standards. The bill is up for a vote by the full House at its 1:30 pm session.
>> Take action: Tell your lawmaker to oppose Stand Your Ground
House Bill 425 (Antani, Craig) – Body Cameras: Defines specified portions of peace officers’ body-worn camera recordings and the infrastructure records of public schools as not subject to Ohio’s public records laws. The bill is up for a first hearing in Senate Government Oversight & Reform for sponsor testimony.

Senate Bill 250 (Hoagland) – Critical Infrastructure. To increase criminal and civil penalties for protests that take place on so-called “critical infrastructure facilities.” The bill is up for a third hearing and opponent testimony in Senate Judiciary.

More Information about This Week’s Agenda 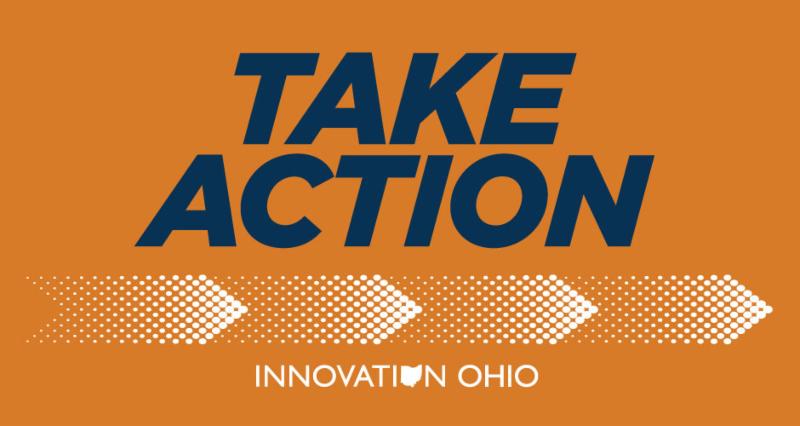 TAKE ACTION: House Bill 258, a sweeping new abortion ban, would ban any abortion as early as six weeks – at a time before most women even know that they are pregnant, effectively eliminating abortion access in our state.
Ohioans deserve access to safe, legal abortion care in their community without interference from anti-abortion extremists.
The bill is up for a House vote on Thursday, November 15. Can you contact your State Representative and ask them to oppose HB258 today?
>> Use our action tool to contact your Representative.